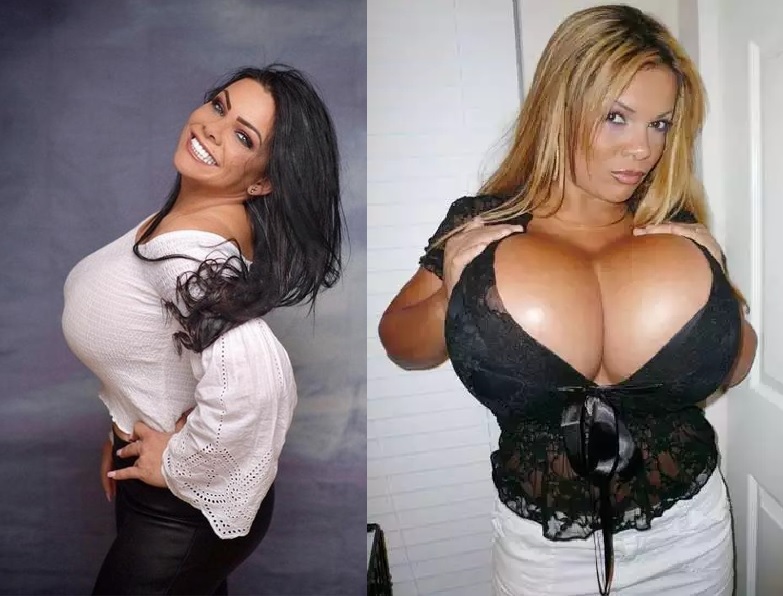 At age 20 Sheila lay down on the surgeon’s table for the first time, then she underwent liposuction. However, Hershey wanted to make the figure more feminine and decided on breast augmentation. Now the woman cannot stop, again and again increasing the size of silicone implants.

Sheila’s mother believes that her daughter’s children’s complexes are to blame for everything. Sheila grew up in Brazil and everyone criticized her due to her physical appearance.

“They said that I had no shape and curves, I was fat, I had no breasts and I was not very beautiful, I was in a lot of pain, ” recalls Sheila.

Soon Hershey will again make mammoplasty, after which her breasts will become even larger.

I’m worried about the upcoming operation, because I’m opening Pandora’s box again, but I’d rather die happy with huge breasts than be sad and miserable, – comments Sheila Hershey.

Due to constant operations, the woman twice encountered an infection that almost took her life. And when Sheila became pregnant, she had to reduce the size of the implants in order for her daughter to survive. Her large breasts simply did not leave enough room for the fetus to develop.

Next post Main Signs that you are being tapped on the phone. Expert advice on how to calculate wiretapping

Often women are found struggling with pain and pregnancy difficulties. More than 190 million women all over the world suffer from endometriosis

Completely removing stretch marks from your body is difficult. These cracks are due to weight gain and child birth and here are few proven methods to reduce them to normal.

Deep cleansing of hair and scalp is important to keep hair shiny and healthy if you use multiple styling products,...

If you want to get smooth skin, then you need to try the dry brushing procedure. What exactly is it, are you guaranteed to reduce cellulite and improve blood circulation through the scrubbing procedure